”The casting for Play took over nine months. We were looking for eight young boys between 12 and 14, boys who probably never had thought of being in a film before. All eight of them were going to play characters that did things that they had no experience of. They would need to do long fixed single frame dialogue scenes without cutaways. The boys needed to understand the importance of rehearsing and being ready to come back and do the same thing over and over again. They would need to have the ability to stay in the situation and not break character. The robbers needed someone with a lot of energy, a person that makes things happen, someone who could encourage and motivate the group in a natural way. The key point in the robberies was the rhetorical trap. So he needed to be very verbal.

When Kevin came to the casting, it was clear that he could use his wits to find ways out of almost anything. During the shoot, even after 40 takes of the same scene, Kevin would still enter with the same energy and add something new.  This became very clear during the shooting on the first day. A lot of passers-by who were unaware that this was a film-set interrupted the scene because they thought that a robbery was really taking place. Instead of breaking character, Kevin convinced them that absolutely nothing wrong was going on so the take could continue. We finished casting in November 2009 after we had found the eight boys, none of whom had ever acted before. Since completing this film, Kevin has found other parts in television and is now planning to have a career in acting.“

Q: How did Ruben find you?

Kevin Vaz: It was two years ago. I was with some friends and I noticed someone staring at us from across the street. I was intrigued, and then this girl Katja (Katja Wik, casting director for Play) came over to talk to us and she began telling us about the movie that they were going to start filming in Gothenburg, and asked us to come to the casting call. We were flattered but we had never seriously imagined that something like this could ever happen to us. I went to the casting call several times and I really threw myself into it

100%. As soon as I knew what Play was about, I knew it would be a great film. And I ended up getting the role.

Q: What happened during casting?

I was asked to improvise a situation, without knowing why or what it was about. It was the scene with “little brother number”, the scam that the whole story hinges upon. Then they introduced me to the other boys who were auditioning, and they were all great.

Q: Did you get along with the other actors in the film?

Working on this film was fantastic. We had very long workdays because of Ruben’s very personal work method; he films in long sequence shots using just one angle. We did a lot of takes, and I learned a lot, especially since the whole crew was very protective and very patient. The other actors were really talented. All the boys, who were between 13 and 16, came from different backgrounds and it would have been really surprising if there hadn’t been any upsets between us, and we never really got to be good friends.

Q: How did Ruben explain the subject of the film to you?

When I got the role, they gave me a short presentation of the project, told me it was about kids who scam other kids and that the scammers were black. But they never gave me a script, there wasn’t any. We were always improvising. Ruben wanted everything to look as “real” as possible. The key dialogues were written, but we added a lot of things to them from one take to the next, depending on our suggestions and how we thought we would have reacted if it was happening to us, etc. If I had a good idea for something to say or do, I’d go for it.

Q: Do you remember any particularly hard scenes?

No doubt - it was the scene in the bus, where there are so many different things going on. I had to provoke one guy, and then the big brothers came onto the bus and roughed us up and then some of us got off the bus and others didn’t… It was a really technical scene, where each thing had to happen in a very specific way. That’s the one I remember the most.

Q: How would you summarize the film?

It’s a film about society. What it talks about really happened a few years ago in Gothenburg. When I hear the title Play, I think of the word “lek” (“game” in Swedish). Those boys would play a role, as if it were a game, behaving in a way that they had planned ahead of time. They knew very well what they were doing; their routine was perfectly rehearsed. The film shows how their little game worked. I already know that people will have all sorts of different reactions to it. But I’m proud of having done it.

Q: You play one of the attackers. How did you feel about that?

The character couldn’t be more different from who I really am.  And at the same time, I liked that it was challenging for me, I don’t think I would have been better at a role that was more like me. In this role, I was forced to really get into the character and to think in a way that was really different from the real me, like someone who lives in the suburbs and who probably doesn’t have an easy life at home or at school.

Yes and no. Yes because that’s the way things really are, kids really do that to other kids who haven’t done anything to deserve it. And at the same time, no, because it’s just a role, it’s not really me; we’re all just actors. I guess it must have been even harder for the white kids who had to endure all that without reacting.  At least we could unload a lot of energy doing these scenes, whereas they had to hold it all inside.

Q: How would you describe the boy that you play?

As somebody who really has no self-confidence, to the point where he feels he has to hang out with that little gang and do stupid things to avoid boredom.

Q: Do you understand what drives them to do those things?

No, I think that it’s totally unacceptable. They really need help; they need to talk to someone who helps them feel better inside.

Q: This boy that you play is very aggressive and at the same time he creates this strange connection with his “victims”. How did you go about constantly switching from one tone to the other, from threatening to friendliness?

That’s the technique they used in real life. They accused their victims of having stolen a cell phone and held onto that line throughout the whole scheme. They acted as if there was no danger and then at the same time they threatened the others just enough to make sure they stayed scared. It’s a very elaborate scheme. For me it wasn’t that difficult. From one scene to the other I just had to explore different facets of the same character.

Q: It just so happens that the scammers are black. Have you thought over the implications that that could have for some of the viewers?

No, I know myself, and I know that I’m not like that, so I don’t care at all what other people will think.

Q: This was a difficult and challenging film. What did you learn from it?

It was a really huge experience. I worked on a television series after Play and I remember thinking to myself, “Wow, this is a piece of cake!” The other actors in the show complained but for me, after Play, it was a cinch. Working with Ruben made me resistant and really persistent.

Q: How old were you when this whole thing started? 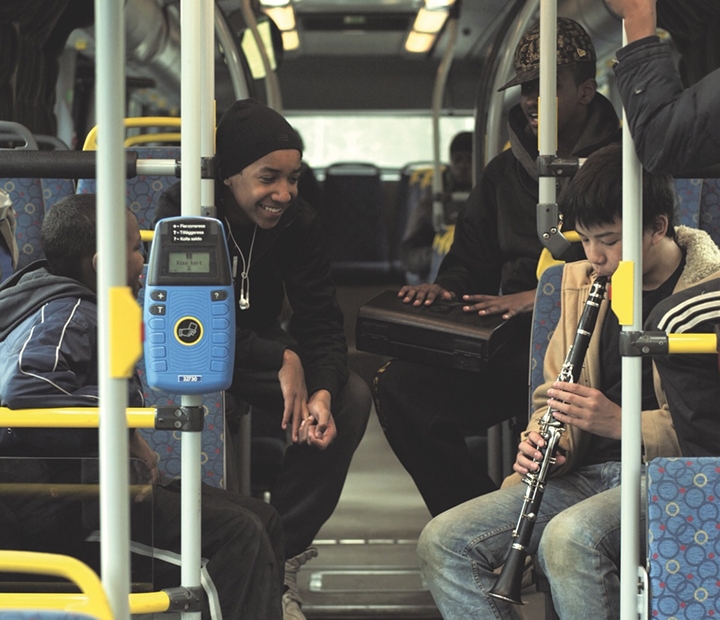