"Un Certain Regard, the secondary competition, is the nominal home for more challenging work, but the lineup remains frustratingly unfocused, even arbitrary. You find yourself wondering why some of these films are even in the festival and why some are not in the main competition. Squarely in the latter category, Ruben Östlund's Force Majeure—the gifted Swedish filmmaker’s follow-up to Play—is a scalpel-sharp, often squirmingly funny dissection of the flimsy bonds of coupledom and in particular of the fragile male psyche: It begins with a vacationing family’s close encounter with an avalanche and evolves into a full-blown relationship disaster movie."

"Of all the satirists working in cinema today, Östlund displays perhaps the slyest streak of dark humor — a touch so subtle that it’s sometimes tricky to discern whether he’s actually commenting on whatever malice happens to be unfolding onscreen. (Answer: He is always commenting.)"

Stephen Holden for THE NEW YORK TIMES "Every Man for Himself! Forget the Wife and Kids"

"This brilliant, viciously amusing takedown of bourgeois complacency, gender stereotypes and assumptions and the illusion of security rubs your face in human frailty as relentlessly as any Michael Haneke movie."

..and again for THE NEW YORK TIMES in "Stephen Holden's Best Movies 2014"

"[...] this is a director's film, and Ostlund knows precisely the effects he is after. This filmmaker is in control at each and every moment, and does he ever know what he is doing."

Adam Nayman for THE GLOBE AND MAIL "Force Majeure: The Major Impact of an Avalanche"

"A former director of skiing documentaries who turned 40 just before the film showed at Cannes, Östlund is as dryly funny in conversation as he is behind the camera, and he chooses his words as carefully as his shots, which is to say: very."

David Lowery, director of Ain't Them Bodies Saints for THE TALKHOUSE

"I may sound critical; I am not. If my opinion seems dry, it is only because the film’s qualities have rubbed off on me. Force Majeure is tremendously entertaining, frequently hilarious, formally sound and remarkably assured. I am fascinated by the degree to which it is synecdoche. Every part is almost entirely representative of the whole. There are no dialectics in its construction; it offers no grand summation. Moment by moment, the film is a comedy; en totale, it is still a comedy, though one with faint underpinnings of tragedy that a less confident director might have leaned upon more heavily. There is a moment by a poolside involving two men and a miscommunication that is probably the most hilariously astute cinematic castration I’ve ever seen. There is imagery at the climax that hints at something mysterious and ancient and archetypal, but it would be a mistake to take it seriously. We know this because of that opening shot. And because of Vivaldi."

Moze Halperin for FLAVORWIRE "When Men Run Away From Things"

"In life, men run away all the time. People run away all the time. It is a lonely planet, and it’s funny, then sad, then existentially horrifying when someone runs away onscreen, and we’re reminded of the potential brittleness of other peoples’ care. When a man does it, it can be funnier, sadder, more horrific, because TV and film usually insist on telling us that they don’t."

"It may be counterintuitive to think that a movie all about the most awkward moments of a relationship would be fun to watch. But this is the success of that witty Scandinavian black humor. It's awkward, it's biting, it's uncomfortable, and Force Majeure is undoubtedly one of the most enjoyable films of the year." 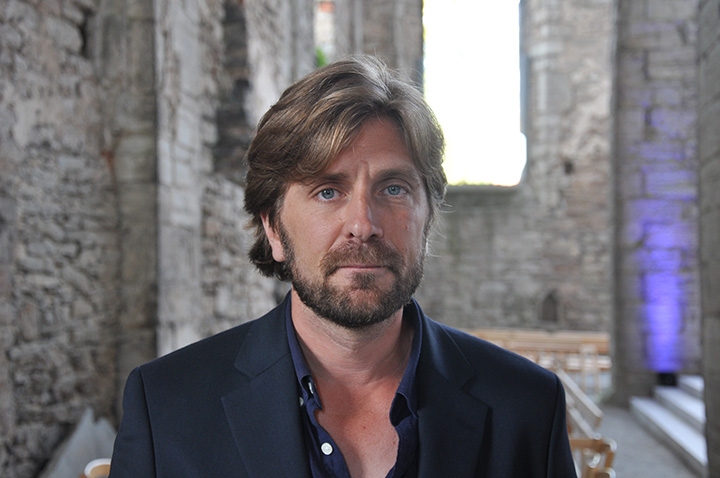