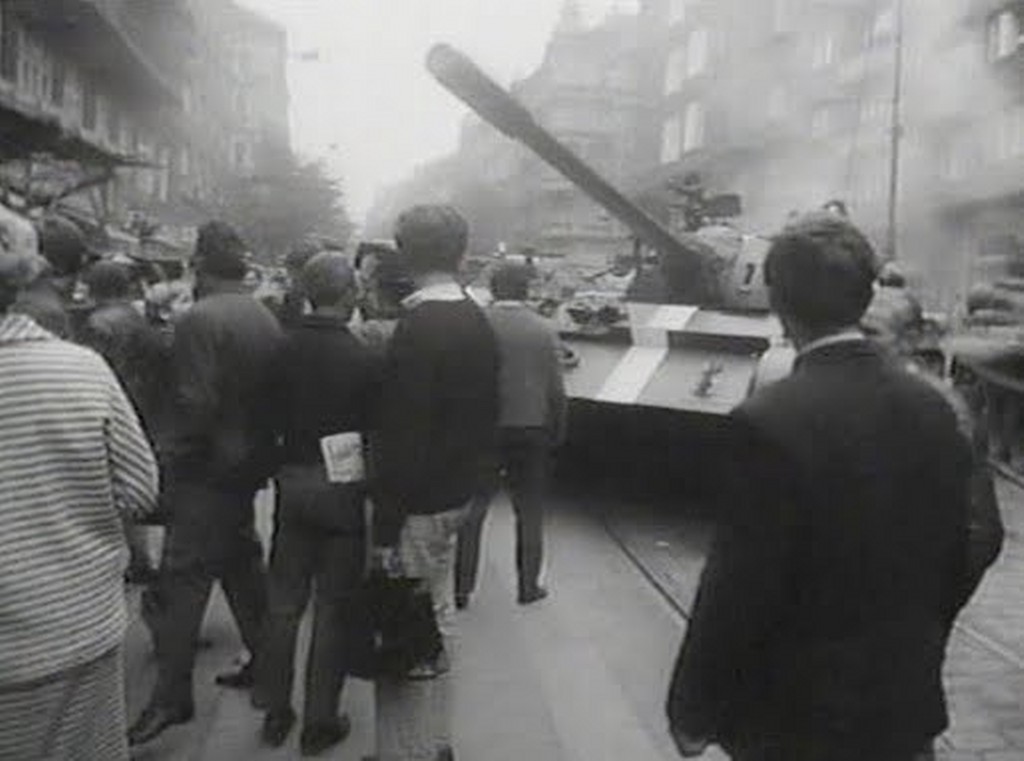 Using funds from abroad, Němec documented the exciting times of the so-called Prague Spring and the road to “socialism with a human face.” With film stock and camera at his disposal, he was ready to document the invasion by Soviet tanks, which crushed the democratization process. The film juxtaposes the hopes of the freewheeling youth during the Spring with the disbelief and despair that followed in the summer a few months later.