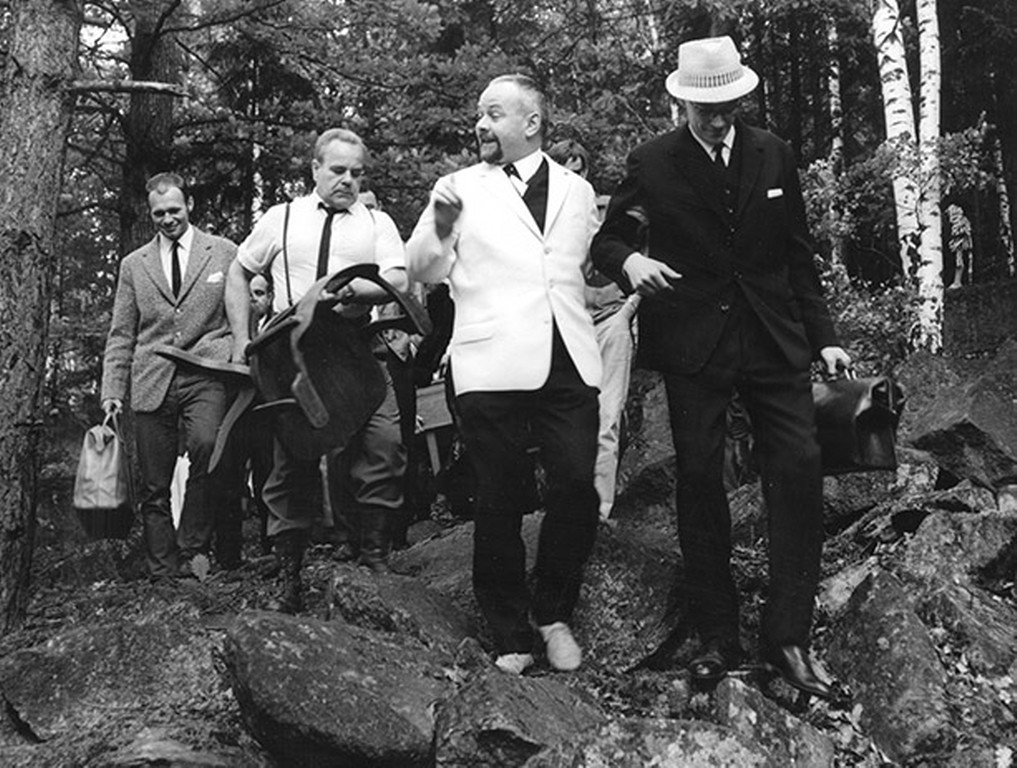 THE PARTY AND THE GUESTS (O slavnosti a hostech, 1966)

THE PARTY AND THE GUESTS

In collaboration with Ester Krumbachová, who also contributed to the script and visual style of Věra Chytilová’s Daisies, Němec made this absurdist yet universal film that placed him in the ranks of the Czech avant-garde. An examination of the mechanics of power and the ways people collaborate in the reality that oppresses them, the film follows a group of middle-aged bourgeois friends as they picnic in the woods on their way to a celebration. Soon they are assaulted by thugs who begin to interrogate them for no reason, until the party’s host intervenes. A selection at the 1968 New York Film Festival, the film was nevertheless banned at home by the Communists, who rebuffed Němec’s assurances that it was not intended as an allegory of the current government.