WHEN A FILM STARTS TO ASK FOR SOMETHING

ON THE COLLABORATION WITH ARNOŠT LUSTIG, the author of the original story:

"[…] I was an annoying nerd as a student, I just went to screenings and sat in libraries and took everything very seriously. I hoped that if I made cinema differently than what an ordinary student film usually looked like, the door to the professional world would be wide open for me. So I already thought about the theme for my graduation short film in my third year, that is the end of 1950s. “

“I had no respect for Czech literature or films, I devoured American authors, Hemingway and Faulkner. I was attracted to them for their strong subject matter: life is at stake there, they come from realism […] I was looking for an author and then the first books of Arnošt Lustig came out and became a sensation. He wrote about war very differently than you could read about it [in books by other Czech authors]. I did not even take notice he wrote Jewish stories; for me they were just strong dramas, through him finally available also in Czech literature. “

“[After the graduation film A Loaf of Bread also based on Lustig’s story] we chose with Arnošt another story from the same collection Diamonds of the Night – it was called Darkness Casts No Shadow, which is a much better title but Lustig wanted to use for the film the title of the collection because it was already known in the world as it was translated in many languages. And I obliged.”

“The concurrence of Diamonds and A Loaf of Bread is direct: in Loaf the boys are planning to escape and need bread, and Diamonds captures their escape. […] My work with Lustig took place on all levels – not like I took someone’s book and adapted it; he was present at all stages. But he also gave me complete freedom, he did not intervene during realization.”

“[…] the hallucinations in the book are very marginal, but I made them principal to the film: there are three levels – the current plot, memories, and then visions or hallucinations which all intertwine without any divisions or fade-over.” That results in uncertainty on which level you are presently. “Maybe because I had more sources. The starting point was a real story of three boys, who managed to escape in 1945 all the way to Prague. One of them was very sick and died two weeks after, but thankfully in a relative peace. During the film’s preparation Lustig gave me a diary of the sick boy. The diary captured the boy’s sort of hallucination which opened the door for the film style of Diamonds.” […] “that’s also why I leave the open ending, we don’t know how the boys ended up, although they probably are not shot – they are just going from nowhere to nowhere.”

“One of my influences was Robert Bresson. His film A Man Escaped (1956) overwhelmed me. I borrowed a 16mm print and an editing table and created a technical screenplay shot by shot.” I was inspired by “his attempt to make pure cinema, a pseudo documentary, without ‘moments’ for actors. It’s about longing for freedom, the victory of spirit, there is even Mozart in the score in the scene from the prison courtyard. […] I was impressed by the precise work with detail, exclusion of any theatricality, the use of non-actors, casting by type.”

“My second influence came from Alain Resnais and his films Hiroshima Mon Amour and Last Year in Marienbad. And of course Buñuel is directly quoted in Diamonds and the scene with ants.”

“Editor Miroslav Hájek worked probably on one third of the entire commercial production output of Barrandov Studios at that time, but he still found the time to work with us: he edited at the same time all of my films, films by Chytilova, Forman, from our first films, all the while when we all developed very different cinematographic styles. If you want to find something the films of the ‘new wave’ have in common, Hajek was one of the key personalities. Truly a genius of editing. […] He knew how to sense the various personalities of individual directors without one having to say a word to him. A virtuoso. We never lead any intellectual debates over the films. He just led me by his intuition to the final result. We were editingDiamonds almost five months. Without him I would have hardly thought of all the scale of possibilities the material was offering.”

ON THE COSTUME CHOICES and ESTER KRUMBACHOVÁ

“Ester played a key role during production of the film. I met her on this film [and married her three years later], and apart from being a designer she became my dramaturge. She turned the costume choices into a key component of the story. Especially by refusing to use prisoner uniforms for the boys. They wear clothes that allow their body features to come through. Also there were no Nazi uniforms. The mark KL on the coats came from authentic photographs: Konzentration Lager. But the biggest Ester’s contribution was the hunt scene, where unknown old guys set on hunting the boys about whom they know nothing. […] With the old man scene Ester changed the entire screenplay, where originally it had only three pages and suddenly it became an extensive part of the film.”

“I had the best possible crew. The DP was Jaroslav Kučera, we chose together the concept of hand held camera. Three cameramen took turns in carrying the heavy camera of those times through the woods – Kučera, Miroslav Ondříček, and Ivan Vojnár. It was part of the concept – sometimes the use of camera as an ‘objective’ viewer when it is steady by using tracks, sometimes expressing subjective feeling by a shaky handheld camera.” […] Kučera had to drop the project in the middle of the shooting period and “that’s when I asked Miroslav Ondříček, who was just assistant cameraman then, to take over. He made his famous films with Miloš Forman only after this.  The last quarter of the film is all his. Against Kučera’s esthetes’ approach, he brought into Diamonds a sort of dynamism, naturalism.”

“I demanded [at the opening of the film] an unedited, more than two minute long shot; the boys run and fall down on the top of the hill as if dead. It’s the most expensive individual shot in the history of Czech cinema. [The tracks] construction took an entire month and we used up third of our budget on it. We made the shot in four takes although all of them ended up with mistakes.”

“I found Antonín Kumbera among extras in a short film of Evald Schorm. He was an uneducated railway man [with a very intelligent, contemplative face]. Originally the lead boy was supposed to be Ladislav Jánský, then a known photographer. But during the shoot Kumbera came to the forefront.” […] Neither of them made other films; Kumbera disappeared and Jánský emigrated to the United States and worked for Larry Flynt as an art director.

conducted in the fall of 1999 and published in a book of film essays titled CATS ON ATALANTA by Jiří Cieslar (Kočky na Atalantě, AMU, Prague, 2003) 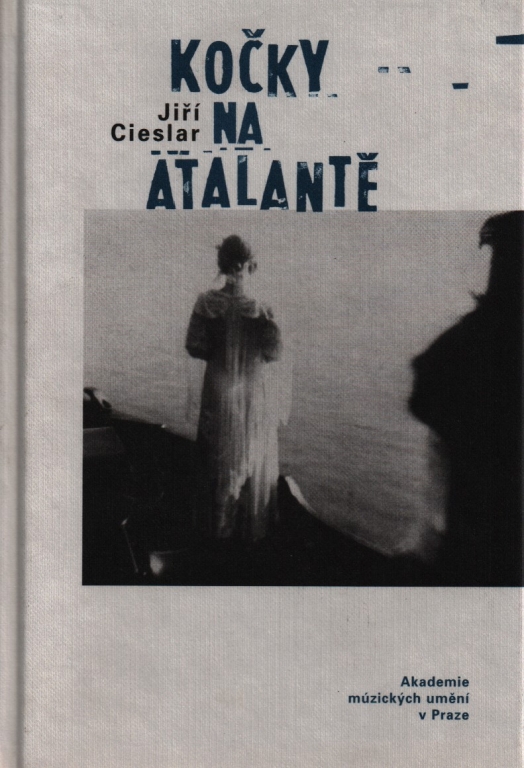 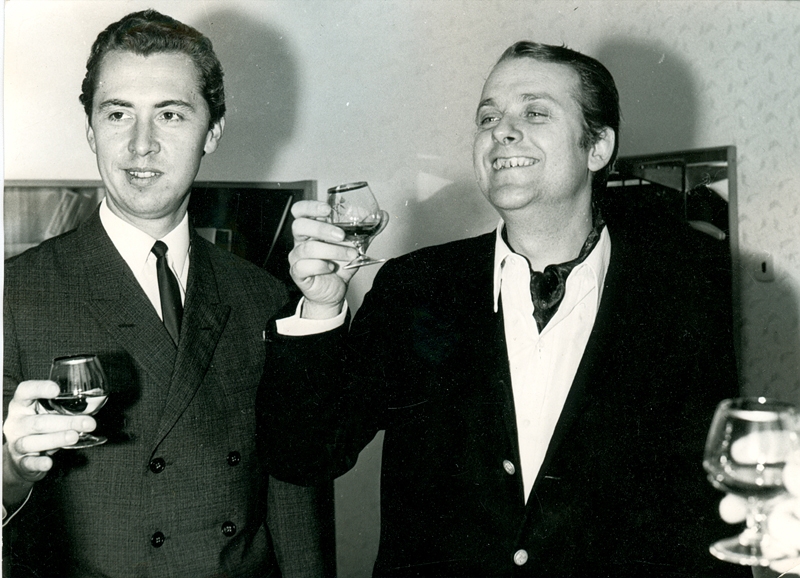