“If one lives in a society, which is at its core illiberal, it is the duty of every thinking man to attack this lack of liberty in every way he can.” […] “My three [early] feature films are about men without freedom. In Diamonds of the Night the man is not free owing to the most outward pressure called war. In A Report on the Party and Guests people cause their own lack of liberty by willingness to become collaborationists. In Martyrs there is no freedom or ability to fulfill a kind of foolishness or dreams about love and achieve happiness due to one’s ineptitude.”

In response to Liehm’s question about the esthetics he used in his early works and if it corresponded with the times, Němec said:

“In principal, I would definitely not change anything about the cinema language I used. I would call it dreamy realism, somewhere on the verge between a vision and reality. Or rather: a picture of the real world through visions. If I were to make Report today, the esthetic framework would remain the same, but something would still be changed. On the surface it would probably be harsher, more naturalistic. I could not do that back then. Or Martyrs. In my head today it would definitely be a film made in color – full of overly estheticized or even mannerist splendor. I would, simply said, weight the means of storytelling more in relation to the theme, the audience, and the poetics.”

“In all my films, which I have made so far [in 1968], I was always worried that I would not be allowed to finish them; that someone would ban them [before they’re even made], and so I was hurrying in order for them to be absolutely mine, no lingering in vain, no stopping. So a change in circumstances would definitely influence their esthetics.” 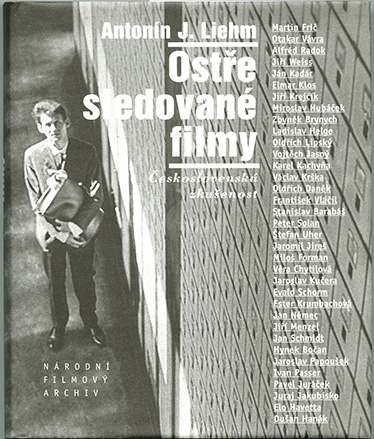