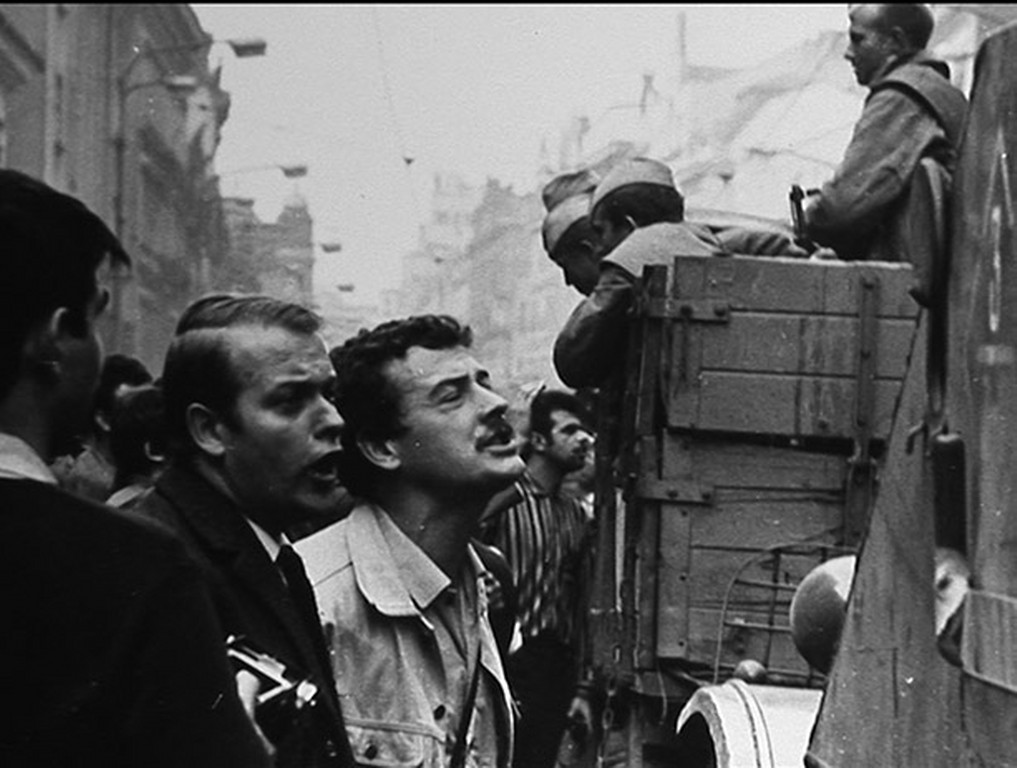 While shooting a documentary about the exciting and hopeful period known as the Prague Spring, Němec and his crew found themselves watching and filming in horror as the Soviets invaded Czechoslovakia in August 1968. Along with his friend, the titular Ferrari Dino Girl, and her boyfriend with diplomatic passport, Němec smuggled out the resulting four reels of footage of the events for the rest of the world to see. This film returns to the escape route, dramatizing the director’s account of the days and presenting all the original footage shot during the invasion for the first time.